Come to Mount Vernon & Lisbon for loads of Laughs!

Comics In Action will be performing for the Mt. Vernon/Lisbon “Cabin Fever Comedy Festival” this March 23rd @8PM at the First Street Community Center building. Admission is a $3 Clown Nose. Yes. A $3.00 Clown Nose. Those things are Expensive! So, get yours as Soon As Possible! 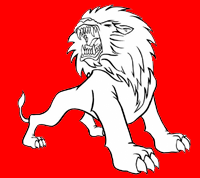 Comics In Action: LIVE at The Bohemian Cafe & Pub