Comics In Action just ratified another comedy show set for two days this weekend at “Mami’s Authentic Mexican Food” in Muscatine, IA. Not only THAT, but we’ll be opening for none other than Alex Ortiz of “Comedy Central’s Premium Blend” and “P Diddy’s Bad Boyz of Comedy.”

This is a GRAND honor for Comics In Action and we appreciate our own Agent Mojo for the connection. Here are the STATS for those willing to make the drive to Muscatine, Iowa:

Seating is limited, so you’ll have to make some reservations.

Here’s a link direct from the Muscatine Journal. 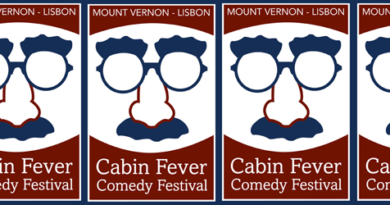